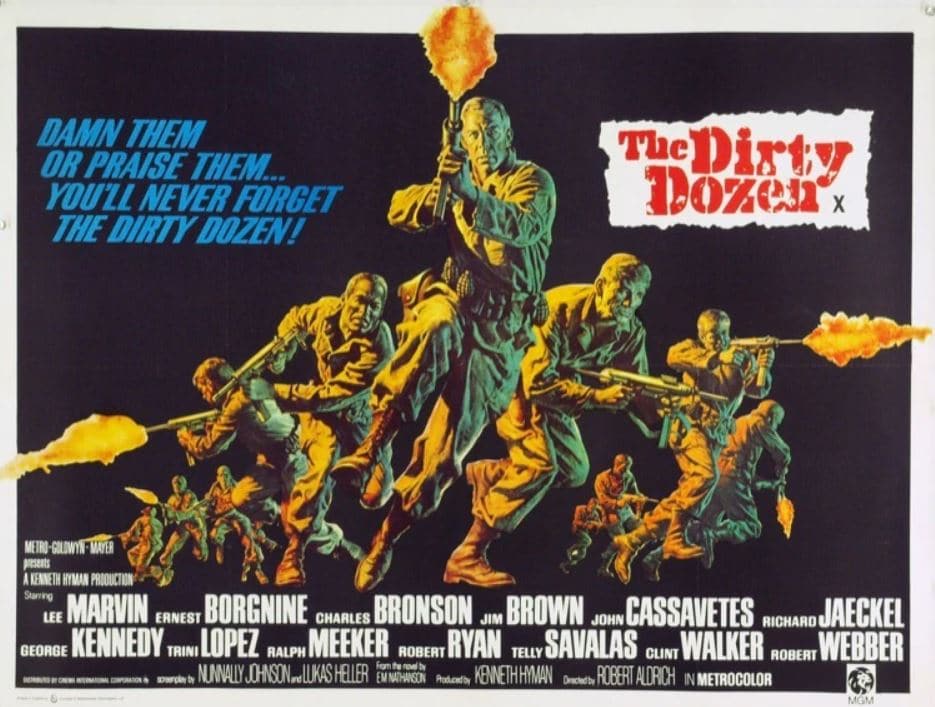 What is a Tool Watch?

There is something inherently elegant about tools – no-frill objects designed with one goal in mind: to fulfill a task as effectively as possible. Tool watches, similarly, are built with a specific purpose. Dive watches are built with particularly thick crystals and cases to withstand the crushing pressure of the depths, pilot-style watches are purposefully built oversized to maximize legibility, antimagnetic engineer’s watches are outfitted with soft iron inner cages or silicon movement components to endow them with the ability to shrug off powerful electromagnetic currents. Tool watches have become extremely popular to the point where the words “tool watch” are used as a marketing ploy to convince the buyer that they are buying a rugged piece of survival equipment. It’s time to go back to the basics and to revisit the archetypal tool watch, the military watch. There have been many military references throughout the years, from the Rolex Milsub to the Breguet Type XX.Most of these command tremendous premiums, but there is one set of watches that manages to fly under the radar of many collectors, and it is precisely this set that we are presenting to you in this special Blog: the Dirty Dozen.

The “Dirty Dozen” refers to a collection of twelve watches that were commissioned by the British Ministry of Defense (MoD) during World War II. The companies that would fulfill the MoD’s brief were Buren, Cyma, Eterna, Grana, Jaeger-LeCoultre, Lemania, Longines, IWC, Omega, Record, Timor, and Vertex. It might be puzzling that the British MoD turned to Swiss watch companies when Great Britain had, at one point in time, been a watchmaking hub at the very forefront of the industry. However, the British watchmaking industry’s inability to adapt to a world with mass production led to prohibitively expensive watches and, much in the same way as the Swiss watchmaking industry went through considerable upheaval in the 1970s because of quartz technology, so too the British watchmaking industry had gone into decline. The companies that still manufactured mechanical components were asked to focus their efforts on building military parts for the Navy and the Air Force.

About the Ministry of Defense

The MoD brief was very specific and every one of the watches of the Dozen had to be built to the following specifications: the watches had to be regulated to chronometer standard, be waterproof and shockproof, have a black dial, Arabic numerals, luminous hour and minute hands, luminous hour markers, a railroad minute track, a shatterproof crystal, and a stainless-steel case. 15-jewel movements, measuring between 11.75 and 13 lignes, would power the watches. You will know these watches from the two serial numbers engraved on the caseback, one the  military store number, and the other the civilian manufacturing number. The caseback was also engraved with the broad arrow marking and the WWW designation, which stands for“Watch, Wrist, Waterproof”.

In total, the twelve companies delivered close to 150 000 units to fulfill the MoD brief. Though this may not seem like a small number, what makes collecting the set difficult is that each of the companies delivered a different number of units. Exact production figures are not available, but it is estimated that production numbers range between 1000 units (Grana, making it the rarest of the dozen) and 25000 (Omega, Record). Compounding matters is that these watches were used and abused, so many surviving pieces exhibit considerable wear and damage. It is believed that many WWW watches were destroyed due to the presence of the radioactive isotope Radium-226. At Vintage Portfolio, we are pleased to be able to offer you four of the Dirty Dozen at the moment. 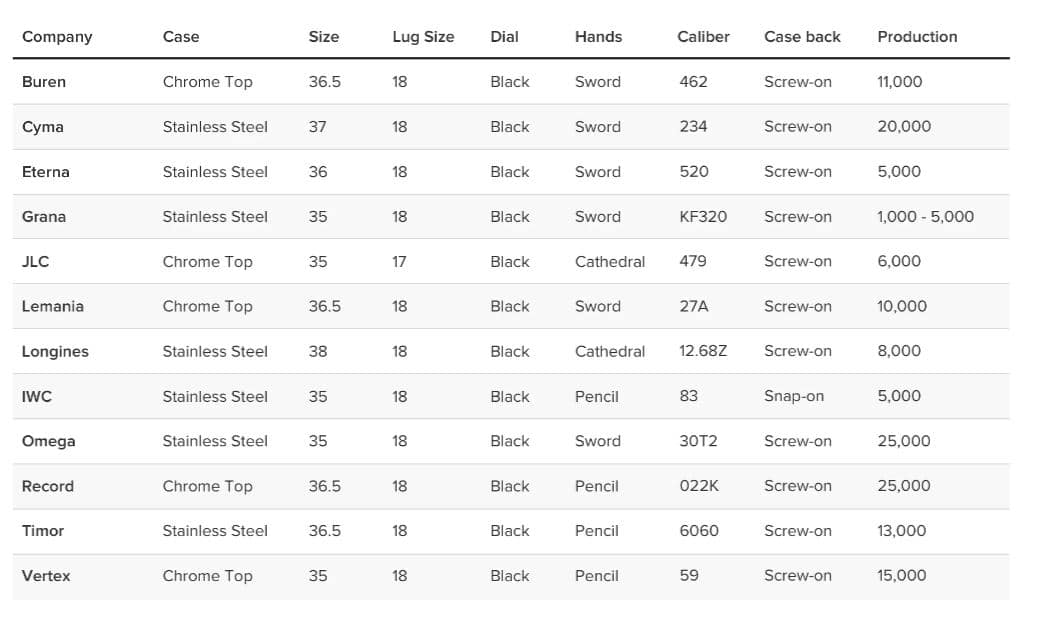 Record manufactured approximately 25000 watches under the MoD brief. This large production volume leaves the Record WWW accessibly priced, especially in relation to the other watches in the set, making it a perfect entry into the Dirty Dozen collection. Our Record WWW has been expertly refurbished by our dial specialist.

This Vertex WWW, which we have outfitted with a NATO strap, has been lovingly refurbished by our dial specialist using state-of-the-art techniques. The crispness of the dial text has been restored, and the watch can now be worn as a daily driver. 15000 units of the Vertex are believed to have been manufactured.

Timor WWW, which we have paired with an olive green Nato strap that perfectly complements the patinaed lume

This Timor WWW is one of 13000 manufactured by Timor. This watch was serviced by our best vintage watchmaker in 2019 and is in fantastic condition. The original circular brushed case finishing is intact, the dial is factory-original dial, as are the hands. The lume plots on the dial match the patination of the luminous material of the hands.

We are pleased to be able to offer you the second-rarest of the Dirty Dozen set, the WWW watch manufactured by Eterna, one of the 5000 estimated units in the production run. Our Eterna WWW is a time capsule watch. The case and dial are in immaculate condition! The bridges also have a more intricate design than the utilitarian calibers of other WWW timepieces.

Make these four watches your first step toward collecting the whole set of the Dirty Dozen – happy hunting!