The Return of the Timeless Complication.

The watch you see above, the limited-edition Polaris Memovox, was unveiled at SIHH 2018 to great acclaim. The Polaris Memovox, along with the three other models in the newly-introduced Polaris line, mark Jaeger-LeCoultre’s commitment to the sports watch market and complement the existing sports lineup in the Master Extreme collection. With a diameter of 42mm and a thickness of 15.9mm (not to mention the decidedly high-end price of €12 900), the Polaris Memovox is an unmistakably modern watch, designed to meet the market’s demand for tough, masculine watches. But what if I told you that this thoroughly modern watch actually draws inspiration from one of the most technologically advanced watches of the 1960s?

That watch was the original Polaris. Produced in a run of 1714 pieces in the late ‘60s, the Polaris was a 42mm – for that time oversized – dive watch with a compressor-style case, inner rotating timing bezel, and, most interestingly, an alarm complication. JLC’s unveiling of the Polaris Memovox, the latest in a series of limited-edition Memovox tribute watches, is a testament to the Grande Maison’s desire to keep one of its quirkiest complications alive in the modern world.

The Memovox – An Overview.

Jaeger-LeCoultre is a brand with an impeccable pedigree that has long been overshadowed by the big three of Swiss Watchmaking: Patek Philippe, Vacheron Constantin, and Audemars Piguet. However, lest we forget, let us remind ourselves that all three of these companies at one point in time used the JLC caliber 920 ebauche as a base for their own movements. For this reason, JLC is often referred to as the “watchmaker’s watchmaker”. Now operating under the Richemont umbrella (along with Vacheron Constantin, A. Lange & Söhne, Piaget, IWC Schaffhausen, and Officine Panerai) Jaeger-LeCoultre was founded in the Vallée de Joux in Switzerland in 1833. The company gained a formidable reputation for its devotion to technological progress and watchmaking excellence, amassing 400 patents as it designed and manufactured more than 1200 calibers. 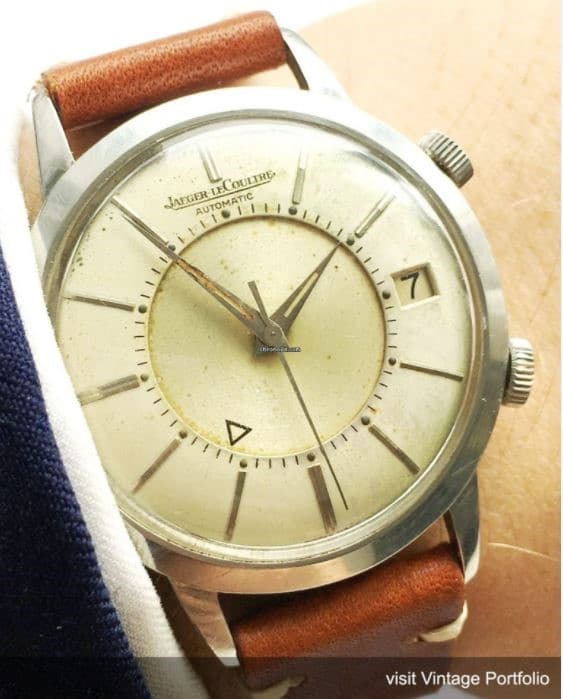 Contrary to popular opinion, the Memovox was not the first wristwatch to feature an alarm complication. That distinction goes to Eterna, which unveiled its first attempt at the technology in 1914, though the alarm was not considered loud enough to be functional. Then came the Vulcain Cricket in 1947, which was the first truly operational alarm wristwatch. This innovation was deemed so useful at the time that it became a favorite of American Presidents including Harry Truman, Dwight D. Eisenhower, Richard Nixon, and Lyndon B. Johnson.

Jaeger-LeCoultre released their own foray into mechanical alarm wristwatches at the Basel Fair of 1951, after which, two years later, the Memovox was born. The caliber 815 was the heart of the Memovox and featured a hammer automatic winding mechanism, making the Memovox the first self-winding alarm wristwatch ever made. Caliber 825 was also equipped with a date display. By the late 1960s, however, hammer automatic movements had become outdated, leading JLC to develop the caliber 916, which featured a traditional winding rotor. The 916 was also the first Memovox caliber to upgrade to the 28 800 vibrations per hour beat rate. Below are three pictures showing the evolution of the Memovox caliber, from the caliber 825 to the caliber 916, including an upscale 916 variant with a gold winding mass).

Movement shots of the  JLC Memovox. All Automatic Calibers.

The Memovox became a sensation and its wearers have included such celebrities as actor and film director Charlie Chaplin (picture below). JLC later began to market the Memovox technology as a sports watch essential, and expanded the model range to include the JLC Deep Sea Alarm, which, when it premiered in 1959, was Jaeger-LeCoultre’s first diving watch with a built-in alarm. 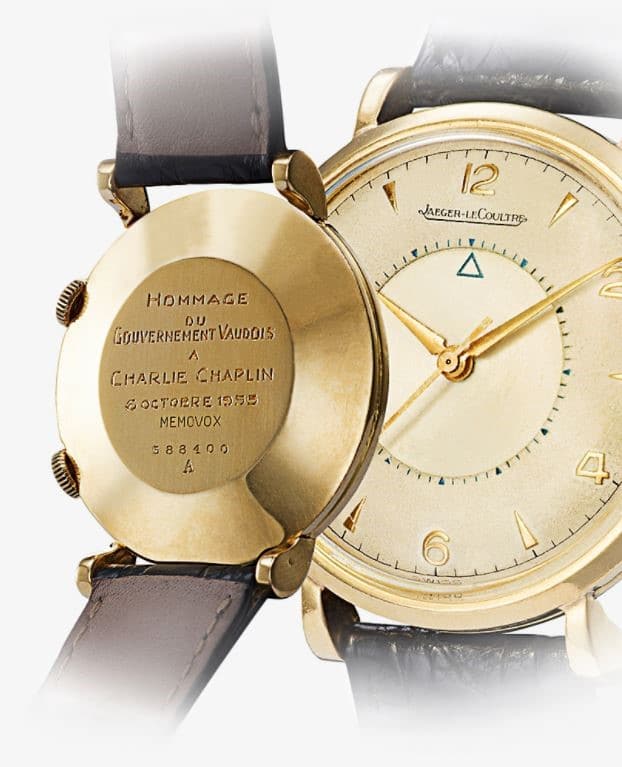 Now, there is a good chance that if you are seeing the Memovox for the first time, you might not know how to operate it. The watch features two mainsprings: one powers the timekeeping functions of the watch; the other powers the alarm function. The alarm is wound and set (for up to twelve hours from the current time) using the crown at the 2 o’clock position. The main time display is adjusted via the crown at the 4 o’clock position.

The Memovox is a versatile piece. Available in stainless steel, gold plate, or solid gold, not only does it work wonderfully as a dress watch, but on a medium brown strap, it can also be dressed down quite easily. The 1970’s saw the classic round case shape give way to sportier cushion-style cases (picture below). 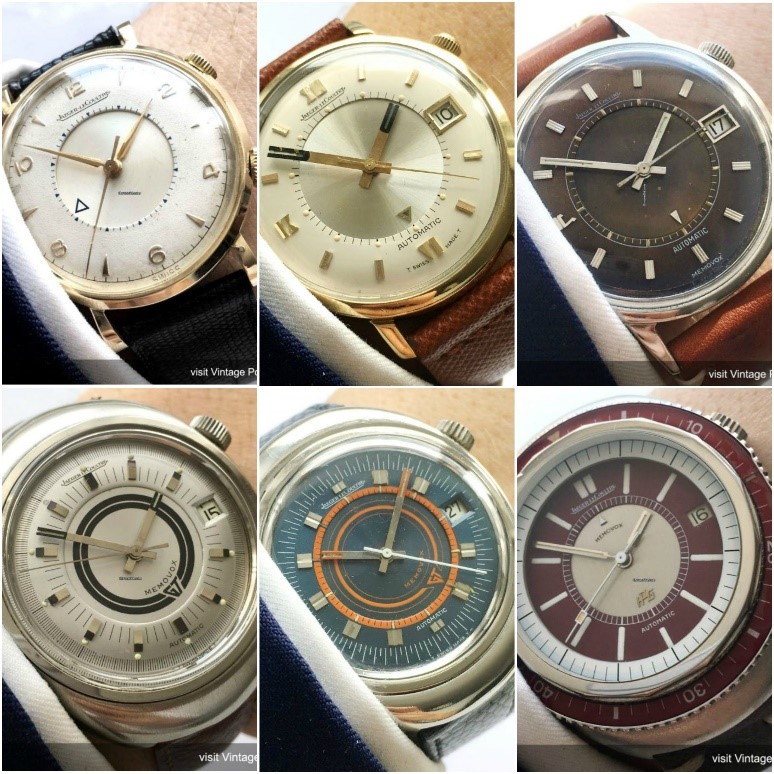 In the Memovox, not only do you have one of the most iconic models of any brand, but you also have one of the most iconic models of Jaeger-LeCoultre. However, it remains an often overlooked and underappreciated model, due to JLC’s other timeless sports watch: the Reverso. The prices for the Memovox reflect this, and early models in good condition can be had for as little as €2000. Solid gold models command a premium, with the rarer and more colorful Speed Beat cushion-case Memovox line being more expensive still. At the top of the price range, you will find the vintage JLC alarm divers such as the Polaris and thee Deep Sea Alarm, both of which can fetch upwards of €20 000.

Due to the early-2000s trend toward larger watches, the classic dress watch size of sub-40mm fell out of favor. With the watch industry reversing this trend (for example, even Panerai is now offering a 38mm Luminor Due line) and smaller, vintage-inspired, models gaining traction, this could be the perfect opportunity to secure a fantastic deal on a seriously undervalued piece in the vintage watch market!